Finally.  Did you ever think I would show you the finished product?  Did you think it was all make believe?  Blowing smoke up your cute toosh?  Well, I wanted you to see it DONE.  Not in progress, not half way, but really all done.  And a few weeks ago I had the backsplash put in and it looks AWESOME.   Just a background to this if you’re just now chiming in….  2 winters ago we added an additional garage ONTO a garage to turn the EXISTING garage into a mud room.  Total essential in my opinion for every family.  (I’ll explain why later in another episode of The OP Life)….  Then LAST summer we redid the pool and did a major backyard/outdoor kitchen/ fire EVERYTHING redo/creation.  So…. THEN this fall we began the mudroom.  And it was done this past November with the exception of the backsplash until this past week.  This project was SO much fun to do and no one believed it would turn out FAB, but I have to say I shocked them all!  And I will tell you the secrets and keys to making it great ….  and when you understand my tips, it will be like MAJOR lightbulb.  SO…… are you ready???

This is what I had envisioned kinda sorta… 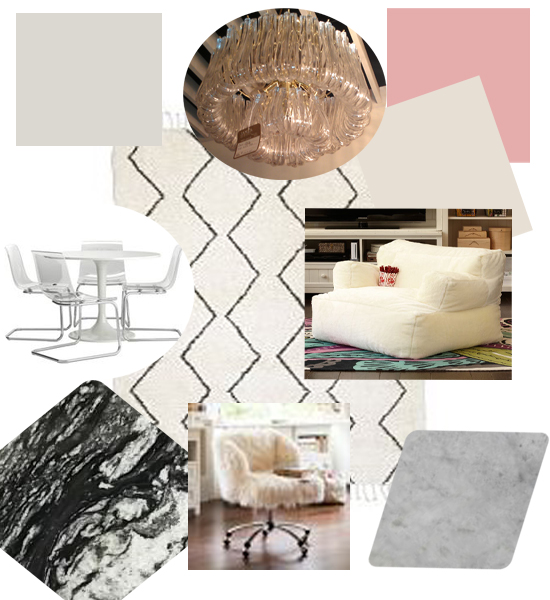 I pictured these elements in the room, but didn’t quite have the space for it all, like the tulip table and chairs and the big fluffy desk chair AND the seating.   The rug was out of my budget for a mudroom (yeah, I know silly right?  because we have a 55 in smart tv!!?? what’s THAT about???) And really to be quite frank, the space almost has 2 sections, so it was hard to quite figure out where to put it, have it get all icky and soiled (it’s a MUDROOM remember…).  Anyhooo…

…And this was the final project. 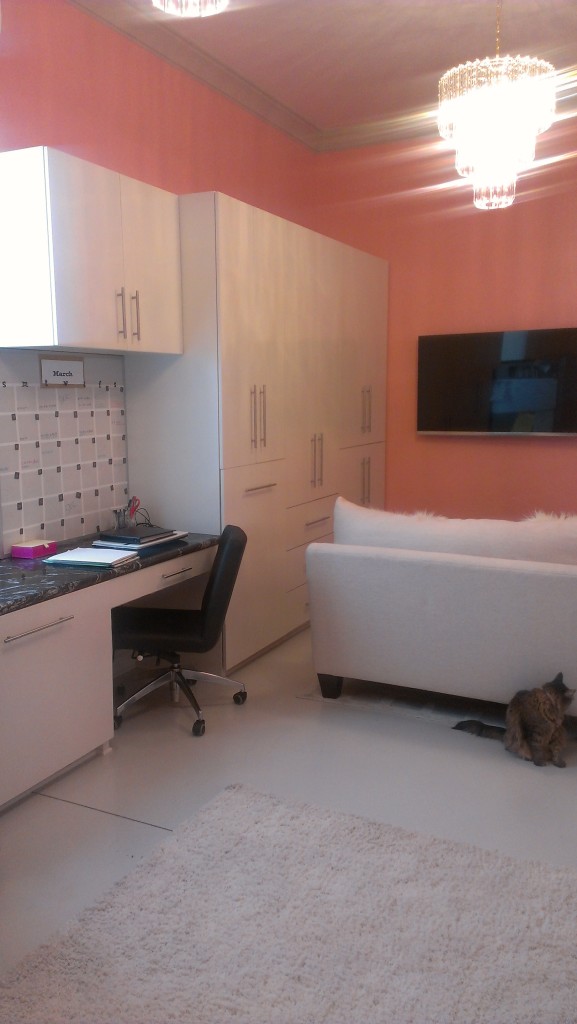 Recessed lighting OFF (above)…

Recessed lighting ON (below)… 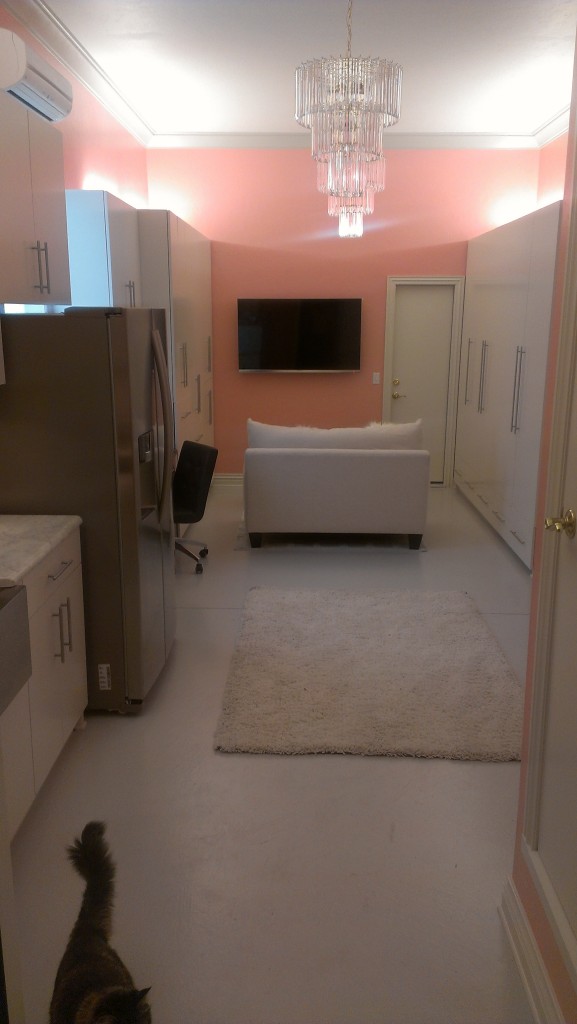 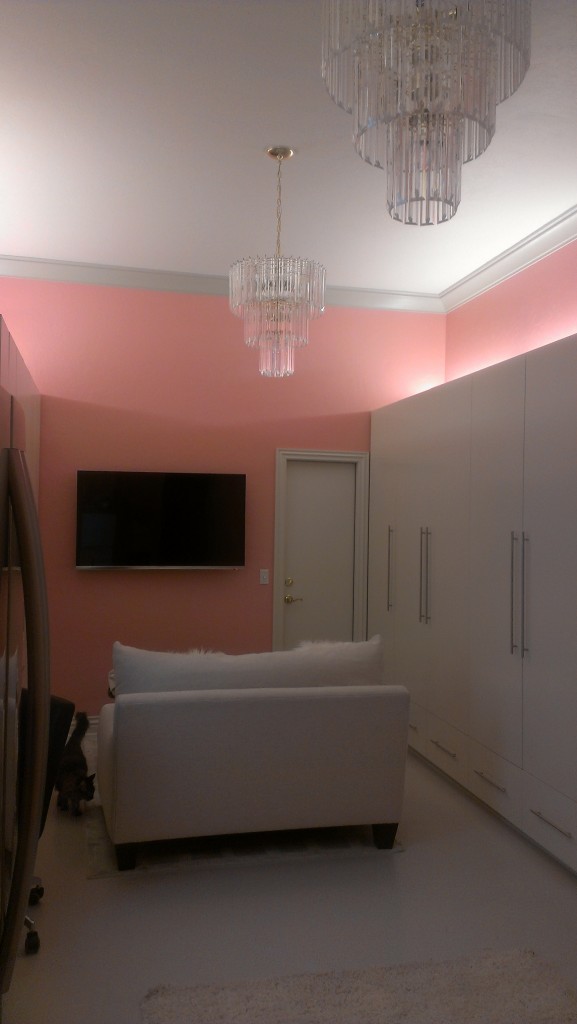 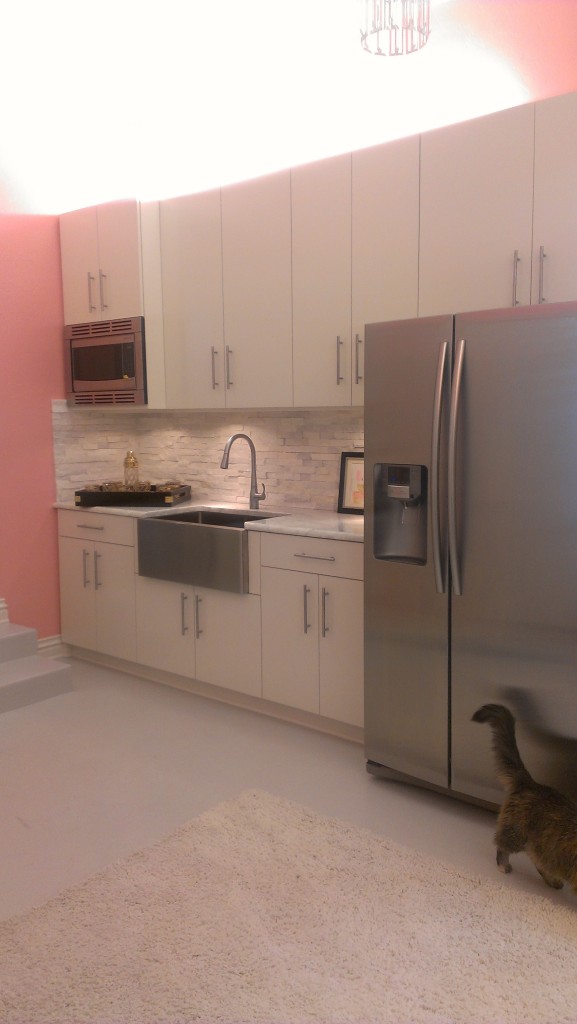 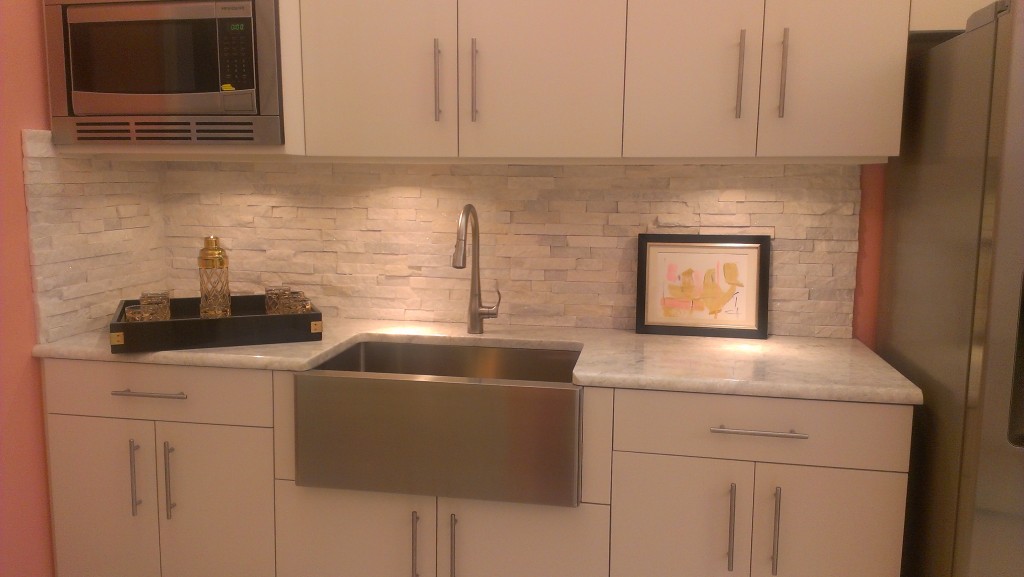 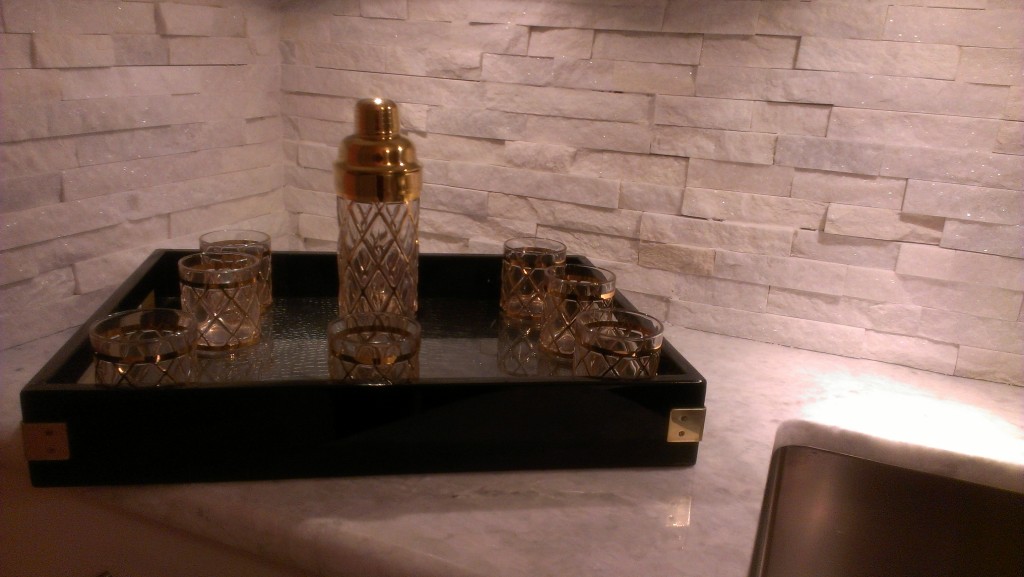 (Do you like my tray, shaker and tumblers?  Remember that Target/Neiman’s thing?  These are those.)

I’m showing you multiple pictures with different lighting because that is SO key in all of this.  When I first said I was going to have a PINK room, everyone was like UM, GOOD LUCK WITH THAT.  And poor hubby was like ARE YOU FOR REAL???? because he knew he had to live with this barbie room.  Well, once it was complete, he hated to admit it, but he LOVED it, so much so that he entertained for a moment to make other rooms pink! HA!

Now.  The secrets I told you about that made this room look as special as it appears.  Really, a few things….

1.  Color choice.  Pink is not a normal neutral, “putty” “sandstone cove” that you see everywhere.  Also, it’s not harsh on the eye, either.  It’s a unique color that pops in a good way (remember, my underlying theme in who I am and what I love is UNIQUENESS).  Mixing the pink walls with the white quartz and black and crystal shimmery marble popped.

2.  Flush cabinetry.  Was it more expensive?  No.  I knew exactly what I wanted for storage and where on each wall, and I was going to have California Closets and I ADORED them, but just as we were about to pull the trigger, we realized that our floor wasn’t level.  Remember, it was a garage.  Just plain ole concrete.   It needed the special touches of a custom build job on the job to deal with those issues that couldn’t be handled with the custom work needed to make that fit.  California Closets are awesome, but are measured out and created in the workroom once the order was placed.   So we went this route instead.  I believe it was the flush clean lines of the cabinetry that made this look so sleek.  Agree?

3.  Clean simplicity, clean lines.  With the cabinetry I mentioned, to the hardware, to the floor.  Did you notice my floor?  All we did was paint the concrete.  That’s it.  Simple.  How cheap was THAT???  Hello!!!

4.  Lighting that pops.  When I tell people I have 2 chandeliers in my mudroom they look at me like I’m nuts.  Ok.  Brace yourself.  Two chandeliers to the tune of $400 for BOTH at Lowe’s.  I tell people that and they are FLOORED.  But that bit of GOLD (which I was SO torn with in getting gold hardware, but then thought it would tarnish over time with everyones oils on their hands tarnishing the brass… not to mention the hefty price tag… after all it WAS a mudroom!) in the lighting gave it the pop it needed and a bit of glam to make the room extra special.  After all, you KNOW I be liking some fanciness!

So there you go!  Anyone want to hire me???  HA!  I swear I had SO much fun on this project I was sad when it was done.  If you love these pics, pin them to your Pinterest so other’s can take a look over here too and hopefully be inspired! 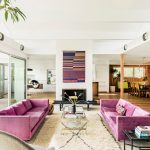 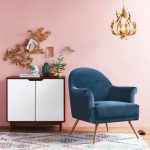 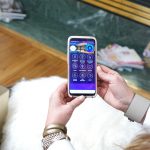 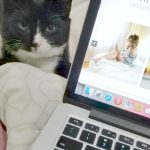 The Best Black Friday Sales You Need To Know 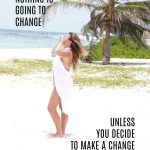 Why My Remodeling My Office Is Important For You 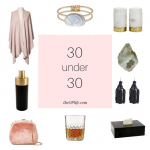 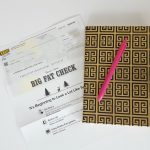